The new Audi A5 combines elegance and grandeur with high technology and driving pleasure, along with dynamism and power. The Coupé shows how an emotional leap ahead can be brought into form in the South Tyrolean Alps via technology, and where you can find impressive style in the mountains.

Even a first quick glance is enough to recognise the sporty elegance and driving potential in the Coupé's form and line. The new Audi A5 has grown 47 millimetres in length, and 13 mm at the wheelbase. The height is almost unchanged at 1.37 meters. Together with the stressed short overhangs, this adds an exclamation mark when it comes to sporty proportions. The new Audi A5 Coupé has further developed much of what made the first generation of the Coupé into a style icon. For example, the sharply drawn shoulder line designed in the form of a wave, which now also plays with light and shadow thanks to its three dimensional form, the look of which is perfectly complemented by the curved line above the wheel arches. Their pronounced bulges indicate the optionally available quattro technology.

The short tail of the Audi A5 presents a clear horizontal line. Separate reflectors in the lower part of the rear apron accentuate the width. The slender, three-dimensional rear lights are fitted with LED technology, and the third brake light extends over the entire width of the rear window. There are also emphasised horizontal lines on the redesigned front of the new Audi A5: The finely contoured headlights, optionally equipped with Audi Matrix LED technology, continue drawing the front lines. They are now placed somewhat above the single-frame grille, which is flat and wider and is also modelled in three dimensions.

The beating heart of the Coupé is under the long, encompassing engine hood: A new generation of TFSI and TDI engines generates more power than its predecessor - it is between 140 kW (190 hp) and 185 kW (252 hp) - while the consumption was reduced by up to 22 percent. This is supported, among other things, by a carriage that is up to 60 kilograms lighter, a drag coefficient of 0.25, and the standard, enhanced start-stop system that, for example, already deactivates the engine when approaching a red light below a speed of 7 km/h (with S tronic gearbox). The forces are distributed to the wheels either manually via a six-speed transmission or via the seven-stage S tronic. The quattro all-wheel technology is available as an option for all units.

The new quattro drive with ultra technology is available for the first time for the Audi A5. The advantages of front-wheel drive are utilised if possible, while the rear axle drive remains ready to use. The system records and evaluates the most varied information 100 times per second to determine a specific need. All-wheel drive engagement functions via both prediction - by forecasting - as well as via reaction. It isn't only in cornering that the controller unit performs calculations, for example roughly 0.5 seconds well in advance, and especially orients itself to the driving style, the stabiliser system status, and to the selected mode of the Audi drive select driving dynamics system. If a driving situation can't be predicted, for example if the wheels drive over dry asphalt on a patch of ice, the system responds and switches to reactive quattro. 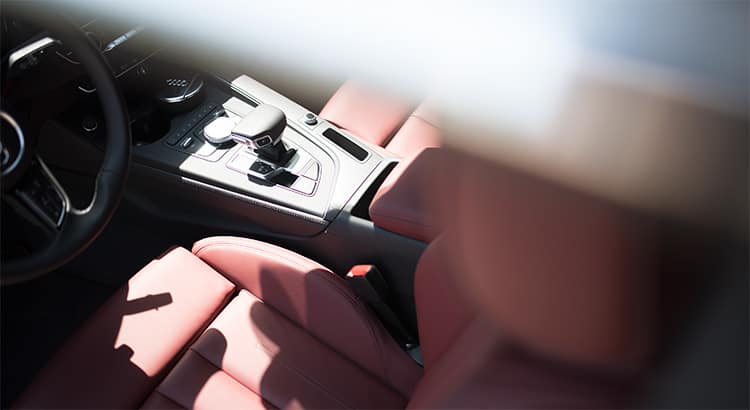 The Audi A5 is not just a style icon, it also stands for being on the road. It exudes the feeling of freedom and independence in combination with sportiness and elegance, including when travelling through the South Tyrolean Alps. The peaks of the Dolomites slowly emerge when driving through the Brenner Pass. They are among the most impressive sights in the Alps. Huge stone colossi reach into the sky with bizarre rock formations. The summits are ranged majestically together - including Marmolada, Schlern, Langkofel, Sella and the Tre Cime di Lavaredo. The architect Le Corbusier described the giants once as "the most beautiful construction in the world". Their imposing appearance seems to inspire more and more builders in the present time, because modern architecture, whose pioneers include Corbusier, is becoming increasingly prevalent in the Alps. Wood and stone are typical construction materials, like steel, concrete, and glass. South Tyrol cities like Brixen, Bolzano or Merano are a good starting point for viewing such impressive constructions. These include the Forst brewery with their new brewhouse, the Margreid firehouse that was built into rock, the Perathoner woodcarving decorated with shingles, the Mirror Houses, and the Timmelsjoch pass museum in the oversized form of a boulder.